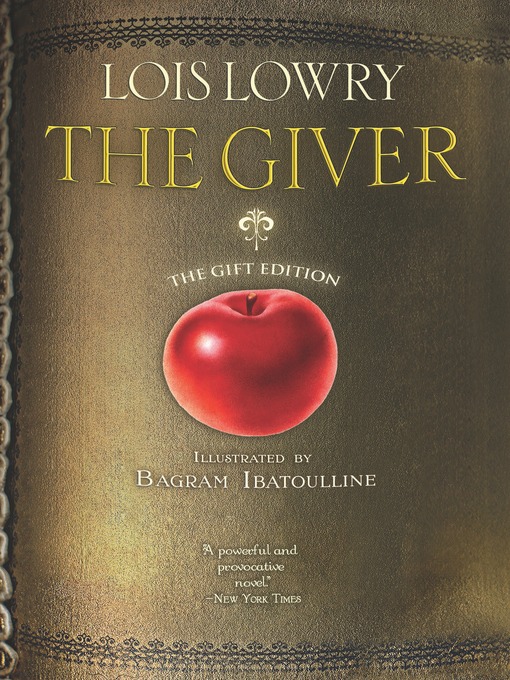 The Giver, by Lois Lowry

The Giver, the 1994 Newbery Medal winner, has become one of the most influential novels of our time. The haunting story centers on twelve-year-old Jonas, who lives in a seemingly ideal, if colorless, world of conformity and contentment. Not until he is given his life assignment as the Receiver of Memory does he begin to understand the dark, complex secrets behind his fragile community. Lois Lowry has written three companion novels to The Giver, including Gathering Blue, Messenger, and Son.

eBook Friday: In a Sunburned Country 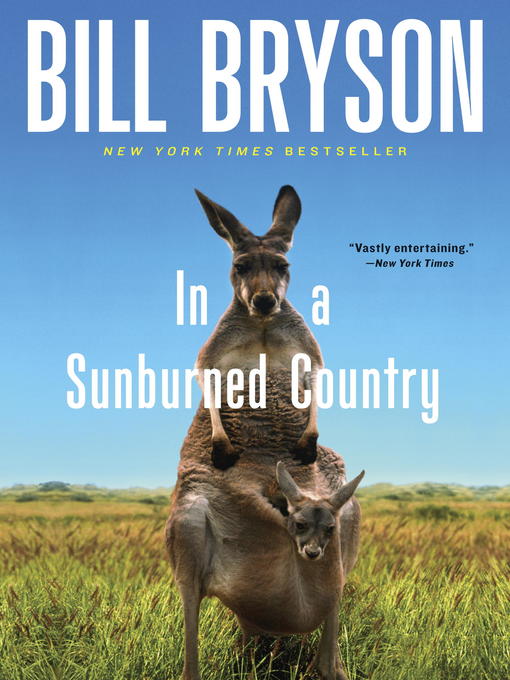 In a Sunburned Country, by Bill Bryson

Every time Bill Bryson walks out the door, memorable travel literature threatens to break out.
His previous excursion along the Appalachian Trail resulted in the sublime national bestseller A Walk in the Woods. In A Sunburned Country is his report on what he found in an entirely different place: Australia, the country that doubles as a continent, and a place with the friendliest inhabitants, the hottest, driest weather, and the most peculiar and lethal wildlife to be found on the planet. The result is a deliciously funny, fact-filled, and adventurous performance by a writer who combines humor, wonder, and unflagging curiousity.
Despite the fact that Australia harbors more things that can kill you in extremely nasty ways than anywhere else, including sharks, crocodiles, snakes, even riptides and deserts, Bill Bryson adores the place, and he takes his readers on a rollicking ride far beyond that beaten tourist path. Wherever he goes he finds Australians who are cheerful, extroverted, and unfailingly obliging, and these beaming products of land with clean, safe cities, cold beer, and constant sunshine fill the pages of this wonderful book.
Australia is an immense and fortunate land, and it has found in Bill Bryson its perfect guide. 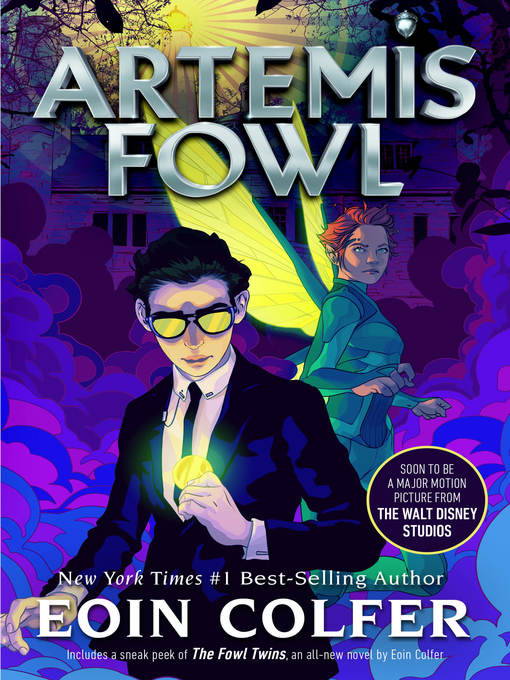 Twelve-year-old Artemis is a millionaire, a genius – and above all, a criminal mastermind. But Artemis doesn’t know what he’s taken on when he kidnaps a fairy, Captain Holly Short of the LEPrecon Unit. These aren’t the fairies of the bedtime stories-they’re dangerous!

eBook Friday: A Walk in the Woods 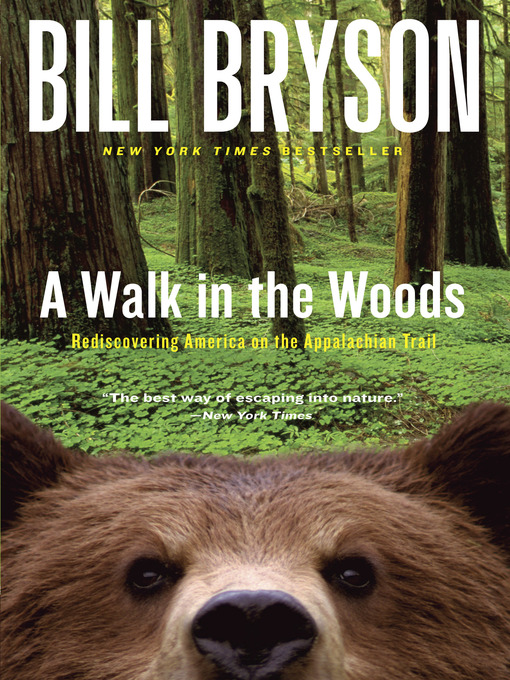 A Walk in the Woods, by Bill Bryson

Back in America after twenty years in Britain, Bill Bryson decided to reacquaint himself with his native country by walking the 2,100-mile Appalachian Trail, which stretches from Georgia to Maine. The AT offers an astonishing landscape of silent forests and sparkling lakes—and to a writer with the comic genius of Bill Bryson, it also provides endless opportunities to witness the majestic silliness of his fellow human beings.

For a start there’s the gloriously out-of-shape Stephen Katz, a buddy from Iowa along for the walk. Despite Katz’s overwhelming desire to find cozy restaurants, he and Bryson eventually settle into their stride, and while on the trail they meet a bizarre assortment of hilarious characters. But A Walk in the Woods is more than just a laugh-out-loud hike. Bryson’s acute eye is a wise witness to this beautiful but fragile trail, and as he tells its fascinating history, he makes a moving plea for the conservation of America’s last great wilderness. An adventure, a comedy, and a celebration, A Walk in the Woods has become a modern classic of travel literature. 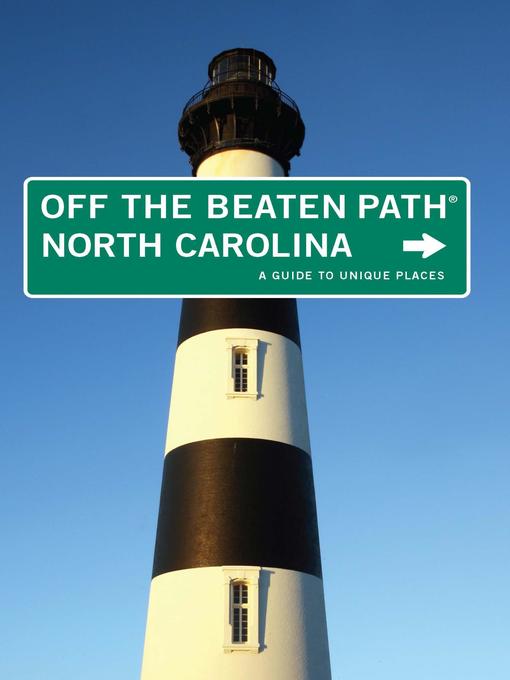 North Carolina Off the Beaten Path, by Sara Pitzer

Tired of the same old tourist traps? Whether you’re a visitor or a local looking for something different, let North Carolina Off the Beaten Path show you the Tar Heel State you never knew existed. Hop aboard a train and ride the rails on the Great Smoky Mountains Railroad. Discover the past and hunt for artifacts at the Aurora Fossil Museum. Follow the fresco trail and admire the work of renowned local artist Ben Long. So if you’ve “been there, done that” one too many times, get off the main road and venture Off the Beaten Path.

eBook Friday: Although of Course You End Up Becoming Yourself: A Road Trip with David Foster Wallace 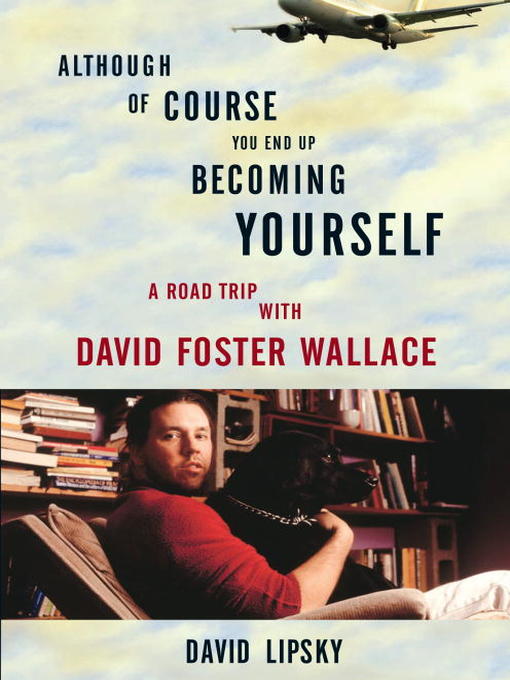 Although of Course You End Up Becoming Yourself: A Road Trip with David Foster Wallace, by David Lipsky

In David Lipsky’s view, David Foster Wallace was the best young writer in America. Wallace’s pieces for Harper’s magazine in the ’90s were, according to Lipsky, “like hearing for the first time the brain voice of everybody I knew: Here was how we all talked, experienced, thought. It was like smelling the damp in the air, seeing the first flash from a storm a mile away. You knew something gigantic was coming.”

Then Rolling Stone sent Lipsky to join Wallace on the last leg of his book tour for Infinite Jest, the novel that made him internationally famous. They lose to each other at chess. They get iced-in at an airport. They dash to Chicago to catch a make-up flight. They endure a terrible reader’s escort in Minneapolis. Wallace does a reading, a signing, an NPR appearance. Wallace gives in and imbibes titanic amounts of hotel television (what he calls an “orgy of spectation”). They fly back to Illinois, drive home, walk Wallace’s dogs. Amid these everyday events, Wallace tells Lipsky remarkable things—everything he can about his life, how he feels, what he thinks, what terrifies and fascinates and confounds him—in the writing voice Lipsky had come to love. Lipsky took notes, stopped envying him, and came to feel about him—that grateful, awake feeling—the same way he felt about Infinite Jest. Then Lipsky heads to the airport, and Wallace goes to a dance at a Baptist church.

A biography in five days, Although Of Course You End Up Becoming Yourself is David Foster Wallace as few experienced this great American writer. Told in his own words, here is Wallace’s own story, and his astonishing, humane, alert way of looking at the world; here are stories of being a young writer—of being young generally—trying to knit together your ideas of who you should be and who other people expect you to be, and of being young in March of 1996. And of what it was like to be with and—as he tells it—what it was like to become David Foster Wallace. 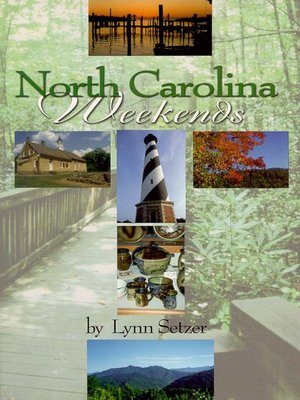 During her 10 years as a North Carolina travel writer, Lynn Setzer has seen all the state’s places in all of their seasons. Some of her favorite things? Enjoying a mineral bath in a tub by the French Broad River as the paddlers go past. Watching the sapphire waves as she crosses the Bonner Bridge at Cape Hatteras National Seashore. Cycling the Road to Nowhere and hiking the mountain balds near Bryson City.

North Carolina Weekends offers ideas for 49 mini-vacations from Corolla to Murphy. Each highly readable chapter covers everything from lodging and dining to outdoor adventures and “Kid Stuff” to historical tidbits. If you have a particular destination in mind, just use the book’s geographical groupings to find which chapters cover the region you want to visit. Or if you’re pursuing a passion—whether it’s hang gliding, Christmas-tree hunting, antiquing, gem mining, waterfall viewing, or numerous other possibilities—consult the “Planning Your Weekend Getaway” section to find which trips offer the activity you’re seeking.

All the state’s classic destinations—like historic Wilmington and arty Asheville—are covered here. But you’ll be surprised at the pleasures waiting in unexpected places—like the homey museums and thriving wineries around Mount Airy, the history and architecture of Salisbury, and the potteries and transportation museums in the Uwharries.

eBook Friday: How To Be the World’s Smartest Traveler (And Save Time, Money, and Hassle) 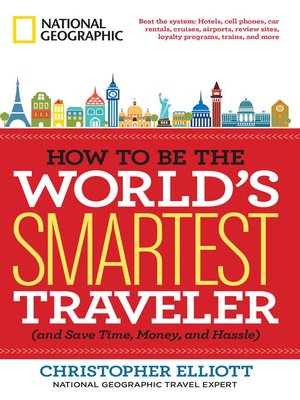 How To Be the World’s Smartest Traveler (And Save Time, Money, and Hassle), by Christopher Elliott:

Leading travel expert and USA Today columnist Christopher Elliott shares the smartest ways to travel in this tip-filled guide from National Geographic. Drawing on more than 20 years of experience as a consumer travel advocate, Elliott gives you the inside scoop on how to navigate the often perplexing world of travel, with detailed advice on:

• Airlines
• car rentals
• cruises
• hotels and alternative lodging
• the TSA and security
• staying connected
• review websites
• resolving complaints
• vacation rentals
• passports and visas
• and much more
Full of recommendations, real-life case histories, and the answers to the most common–and confounding–questions, this book is a must-read for anyone traveling anywhere. 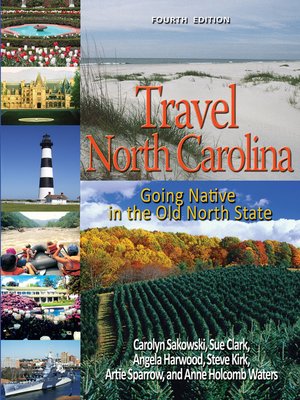 This is the fourth edition of this comprehensive guide to the entire Tar Heel State. In this volume, you will find information about historic places, gardens, tours, museums, science centers, cultural offerings, special shopping, recreation, and seasonal events.

The guide also includes annotated entries about unique places to eat and stay. Since the authors accepted no advertising fees when selecting what to include in the book, you can be assured their suggestions are solid recommendations from longtime residents. 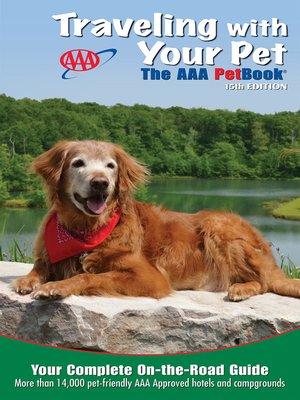 Traveling with Your Pet: The AAA PetBook

Annual updates make this the most complete travel guide for those taking their pets along on trips. Find more than 14,000 pet-friendly, AAA-Approved lodgings and campgrounds across the U.S. and Canada. Discover plenty of places for a family frolic including dog parks and pet-friendly national public lands and attractions.

Every Friday, we highlight an eBook from our collection at http://e-inc.lib.overdrive.com.  Let us know what you think of these selections, and tell us about eBooks you’ve enjoyed – we may feature them here!