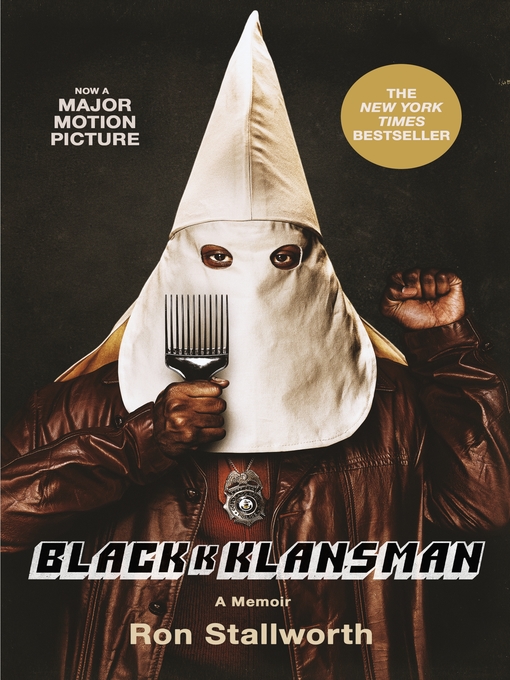 The extraordinary true story and basis for the major motion picture BlacKkKlansman, written and directed by Spike Lee, produced by Jordan Peele, and starring John David Washington and Adam Driver.

When detective Ron Stallworth, the first black detective in the history of the Colorado Springs Police Department, comes across a classified ad in the local paper asking for all those interested in joining the Ku Klux Klan to contact a P.O. box, Detective Stallworth does his job and responds with interest, using his real name while posing as a white man. He figures he’ll receive a few brochures in the mail, maybe even a magazine, and learn more about a growing terrorist threat in his community.

A few weeks later the office phone rings, and the caller asks Ron a question he thought he’d never have to answer, “Would you like to join our cause?” This is 1978, and the KKK is on the rise in the United States. Its Grand Wizard, David Duke, has made a name for himself, appearing on talk shows, and major magazine interviews preaching a “kinder” Klan that wants nothing more than to preserve a heritage, and to restore a nation to its former glory.

Ron answers the caller’s question that night with a yes, launching what is surely one of the most audacious, and incredible undercover investigations in history. Ron recruits his partner Chuck to play the “white” Ron Stallworth, while Stallworth himself conducts all subsequent phone conversations. During the months-long investigation, Stallworth sabotages cross burnings, exposes white supremacists in the military, and even befriends David Duke himself.

Black Klansman is an amazing true story that reads like a crime thriller, and a searing portrait of a divided America and the extraordinary heroes who dare to fight back.

eBook Friday: We Were Eight Years in Power 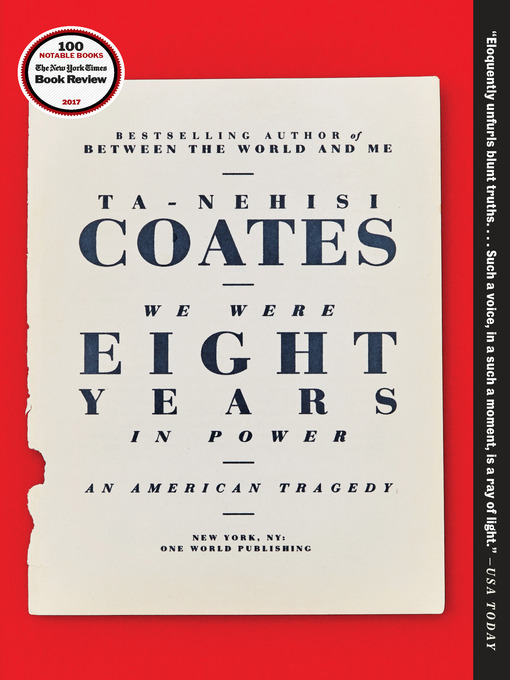 We Were Eight Years in Power, by Ta-Nehisi Coates

In these “urgently relevant essays,”* the National Book Award–winning author ofBetween the World and Me “reflects on race, Barack Obama’s presidency and its jarring aftermath”*—including the election of Donald Trump.

New York Times Bestseller • Finalist for the PEN/Jean Stein Book Award and the Los Angeles Times Book Prize, and the Dayton Literary Peace Prize
Named One of the Best Books of the Year by The New York Times

eBook Friday: All the President’s Men 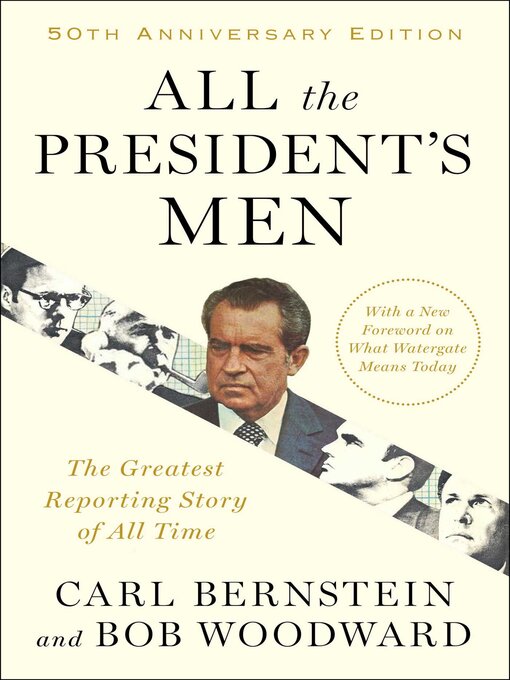 All the President’s Men, by Carl Bernstein and Bob Woodward

The most devastating political detective story of the century: the inside account of the two Washington Post reporters who broke the Watergate scandal, now with a 40th anniversary Afterword on the legacies of Watergate and Richard Nixon.
This is the book that changed America. Published just months before President Nixon’s resignation, All the President’s Men revealed the full scope of the scandal and introduced for the first time the mysterious “Deep Throat.” Beginning with the story of a simple burglary at Democratic headquarters and then continuing through headline after headline, Bernstein and Woodward deliver a riveting firsthand account of their reporting. Their explosive reports won a Pulitzer Prize for The Washington Post, toppled the president, and have since inspired generations of reporters.
All the President’s Men is a riveting detective story, capturing the exhilarating rush of the biggest presidential scandal in US history as it unfolded in real time. It is, as Time magazine wrote in their All-Time 100 Best Nonfiction Books list, “the work that brought down a presidency…perhaps the most influential piece of journalism in history.”

If you’ve kicked off 2017 with the resolution to get involved in local politics, wish to keep closer tabs on the General Assembly, or simply want to feel more engaged by being “in the know,” this resource is for you!

The official North Carolina General Assembly website is a one-stop shop for all things NC politics. It can be used as a tool to track bills, find and communicate with your state House and Senate members, and to follow chamber activity, meetings and issues before the General Assembly. The site also makes accessible broadcasts from live, real-time audio of daily House and Senate sessions, press conferences, and meetings held in the Appropriations and Finance Committee Rooms. Finally, a Citizen’s Guide found through the top navigation bar walks political newcomers through the basics of NC and US government branches, commonly asked questions, and other information to encourage informed and aware citizens. So no matter what your level of knowledge or previous experience in the realm of politics, this site can be a handy tool to jump in headfirst!

To find your way to the NC General Assembly home page, point your browser to www.ncga.state.nc.us. All sections of the site can be accessed through the blue navigation bar at the top, or by using the four search bars in the top right corner. If your time is limited and you want to skip directly to legislation and bills, you can go straight to http://www.ncga.state.nc.us/Legislation/Legislation.html. No sign-in is required to access this resource.

Posted in Resource of the Month 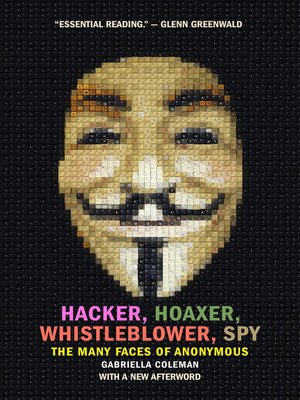 Hacker, Hoaxer, Whistleblower, Spy: The Many Faces of Anonymous, by Gabriella Coleman

Here is the ultimate book on the worldwide movement of hackers, pranksters, and activists that operates under the non-name Anonymous, by the writer the Huffington Post says “knows all of Anonymous’ deepest, darkest secrets.”

Half a dozen years ago, anthropologist Gabriella Coleman set out to study the rise of this global phenomenon just as some of its members were turning to political protest and dangerous disruption (before Anonymous shot to fame as a key player in the battles over WikiLeaks, the Arab Spring, and Occupy Wall Street). She ended up becoming so closely connected to Anonymous that the tricky story of her inside–outside status as Anon confidante, interpreter, and erstwhile mouthpiece forms one of the themes of this witty and entirely engrossing book.

The narrative brims with details unearthed from within a notoriously mysterious subculture, whose semi-legendary tricksters–such as Topiary, tflow, Anachaos, and Sabu–emerge as complex, diverse, politically and culturally sophisticated people. Propelled by years of chats and encounters with a multitude of hackers, including imprisoned activist Jeremy Hammond and the double agent who helped put him away, Hector Monsegur, Hacker, Hoaxer, Whistleblower, Spy is filled with insights into the meaning of digital activism and little understood facets of culture in the Internet age, including the history of “trolling,” the ethics and metaphysics of hacking, and the origins and manifold meanings of “the lulz.”

eBook Friday: American Theocracy: The Peril and Politics of Radical Religion, Oil, and Borrowed Money in the 21st Century by Kevin Phillips 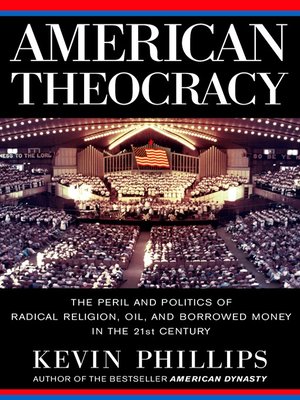 American Theocracy: The Peril and Politics of Radical Religion, Oil, and Borrowed Money in the 21st Century, by Kevin Phillips

An explosive examination of the coalition of forces that threatens the nation, from the bestselling author of American Dynasty

In his two most recent bestselling books, American Dynasty and Wealth and Democracy, Kevin Phillips established himself as a powerful critic of the political and economic forces that rule—and imperil—the United States, tracing the ever more alarming path of the emerging Republican majority’s rise to power. Now Phillips takes an uncompromising view of the current age of global overreach, fundamentalist religion, diminishing resources, and ballooning debt under the GOP majority. With an eye to the past and a searing vision of the future, Phillips confirms what too many Americans are still unwilling to admit about the depth of our misgovernment.

In May of 1922, the Chatham Record weighed in, in typically restrained style, on the influx of women into local politics:

I guess the editors were in too much of a kerfluffle over the onslaught of lady politickers to be bothered with little things like proper grammar.  Still, when you’re casting aspersions on the competence of others, it’s always good to be extra-certain of your own.

National politics make their mark on every part of our nation, from the biggest cities to the coziest North Carolina towns. From January 1961:

“HAVEN – President John F. Kennedy and Vice President Lyndon B. Johnson can come to Siler City if the going gets too rough in Washington. There’s a haven here for them as indicated by the photo above showing a city limits sign at the western end of town on highway 64. Normally it reads: “Siler City – Bird Sanctuary.” Some enthusiastic Kennedy-Johnson booster pasted a bumper strip over the word “BIRD” — and it was spelled b-i-r-d and not B-y-r-d. (Staff Photo)”

Funny, I could swear I just saw this comic in a newspaper last week!